The year 2020 marks the 20th anniversary of the passage of the Trafficking Victims Protection Act. In recognition of this significant milestone, the U.S. Department of Education is conducting a webinar series to address the growing response of America’s schools to child trafficking. In light of current realities related to the COVID-19 pandemic and the resultant increase in young people’s online exposure, this event featured anti-trafficking strategies in the online space to prevent human trafficking and child labor exploitation.

The event was designed to provide administrators, teachers, and specialized instructional support personnel, parents, caregivers, and students with trauma-informed and survivor-centered strategies for protecting students from falling prey to online trafficking activity.

The webinar featured a variety of perspectives:

Katherine Chon is the founding director of the Office on Trafficking in Persons (OTIP) and senior advisor on human trafficking at the U.S. Department of Health and Human Services (HHS). OTIP is part of the HHS Administration for Children and Families, responsible for developing strategies and implementing programs to prevent trafficking, increase victim identification and access to services, and strengthen the health and well-being of survivors. OTIP also collaborates with government and nongovernment partners to raise public awareness, identify research priorities, and inform policy recommendations to strengthen the Nation’s public health response to human trafficking. As director, Katherine leads the office and determines certification and eligibility for survivors of human trafficking who may be eligible for refugee benefits and services. She is the federal executive officer of the National Advisory Committee on the Sex Trafficking of Children and Youth in the U.S. As senior advisor, Katherine serves on multiple committees under the Senior Policy Operating Group of the President’s Interagency Task Force to Monitor and Combat Trafficking in Persons. She serves on other related federal inter-agency working groups on violence against women, child exploitation, and Native American affairs. Prior to her government service in 2012, Katherine was the co-founder and President of Polaris, establishing the global organization’s innovative programs to assist survivors of human trafficking, expand anti-trafficking policies, and fundamentally change the way local communities respond to modern slavery. Katherine received a Master of Public Administration from Harvard Kennedy School, a Bachelor of Science in Psychology from Brown University, and a certificate in Executive Nonprofit Leadership from the Stanford Graduate School of Business.

Ruth Ryder is the Deputy Assistant Secretary for the Office of Policy and Programs – Formula Grants in the Office of Elementary and Secondary Education (OESE) at the U.S. Department of Education.  In this role, Ms. Ryder oversees a broad range of management, policy, and program functions related to formula and discretionary grant programs under the Elementary and Secondary Education Act, as amended by the Every Student Succeeds Act (ESEA).  Ms. Ryder was previously the deputy director of the Office of Special Education Programs in the Office of Special Education and Rehabilitative Services, which she joined in 1988. Prior to joining the Department, Ms. Ryder was a program administrator in a Washington state school district. There she had responsibility for the Elementary and Secondary Education Act Title 1 and Title II programs, state-remediation, gifted education, outcome-based education, and state- and district-wide testing programs.  Ms. Ryder has a bachelor’s degree in psychology and elementary education and a master’s degree in special education.

Stacie Harris is currently serving as an Associate Deputy Attorney General, the National Coordinator for Child Exploitation Prevention and Interdiction and the National Human Trafficking Coordinator at the Department of Justice. Before her current assignment, Stacie served as an Assistant United States Attorney for the Middle District of Florida, Tampa Division. In Tampa, she is currently the Chief of the Special Victims Section and the Civil Rights and Human Trafficking Coordinator for the Middle District of Florida. She has also served as the Chief of the Major Crimes Section and Deputy Chief of the General Crimes Section in the Tampa office. Prior to her appointment by Attorney General Eric Holder in 2008, Stacie was a litigation associate at the Tampa law firm of Hill, Ward, and Henderson. Since joining the Department of Justice, Stacie has prosecuted a wide range of crimes, focusing on violent crimes, child exploitation, violent crimes against children, white-collar fraud, national security, and human trafficking cases. Because of her hard work and expertise in the field of child exploitation and human trafficking, Deputy Attorney General Rod Rosenstein asked Stacie to join his staff in August 2018. In the Office of the Deputy Attorney General, Stacie coordinates the Department of Justice’s child exploitation, human trafficking, violence against women and civil rights programs.

Savannah Sanders uses her personal and professional experiences as a mother, foster parent, social worker, and survivor of exploitation to impact the community through education and inspiration. Sanders is the author of Sex Trafficking Prevention: A Trauma-informed approach for parents and professionals. Sanders has spent her career developing comprehensive training, curriculums, and course that address the roots of trafficking so prevention is possible.

Erin Williamson serves as the US Programs Director for Love146. She is responsible for leading the development, implementation, and operation of Love146’s US Survivor Care and Prevention Education programs. Erin has over 20 years of direct service, program management, and applied research experience in the fields of social service and criminal justice, with particular expertise in the areas of human trafficking and child sexual exploitation. She has a Masters Degree in Public Administration and is a Licensed Clinical Social Worker. Erin also sits on the US Department of Health and Human Services National Advisory Committee on the Sex Trafficking of Children & Youth in the United States. Prior to joining Love146, Erin worked for ICF and Polaris. 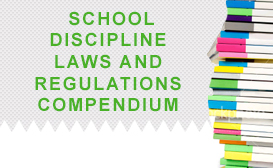