Some young people are more vulnerable to being trafficked than others, and often one risk factor overlaps with and amplifies others. Particularly vulnerable groups of students tend to share histories of poverty, family instability, physical and sexual abuse, and trauma. Racial and ethnic minority students are more vulnerable to trafficking partly because they are more likely to experience poverty and its associated effects. The relationship between race and the risk of being trafficked is profound; in some jurisdictions, African American minors—most of them girls—represent 50% or more of all juvenile sex trafficking victims.12 American Indian, Alaska Native, Native Hawaiian, and Pacific Islander girls are also much more likely to be sexually exploited than their non-native peers.13,14 Hispanics too are disproportionately affected by human trafficking, especially labor trafficking.15

Beyond these broad demographic groups just referenced, certain subpopulations of youth are at elevated risk for being trafficked. Particularly vulnerable groups are described next.

Runaway youth | Young people who run away from home are often fleeing abusive or neglectful situations. Despite their attempts to improve their circumstances, young people who leave home to couch-surf or live on the streets run the risk of severe exploitation. According to researchers, young people who run away from home more than once are far more likely than their peers to drop out of school; dropping out of school, in turn, removes a student from healthy peers and adults and makes exploitation far more likely. While risk factors for running away include physical and emotional abuse and substance use, research has suggested that one of the most important factors for runaway youth who become involved in trafficking is having a much older boyfriend or girlfriend.16

Young people who are or were in the child welfare system | By definition, children involved with the child welfare system have already experienced physical and emotional abuse and neglect.20 Because of their painful histories, they are more likely than their peers to have complex needs and challenges. They can be particularly vulnerable to predators who seem to offer them love, care, and security. Researchers have found a strong correlation between chronic neglect and abuse, particularly sexual abuse, and later sexual exploitation.21

Young people who are or have been in the juvenile justice system | There is a bidirectional association (i.e., young people may move in either direction) between involvement in the juvenile justice system and the likelihood of experiencing sex trafficking. A study of 86 state-involved youth in Washington State with confirmed or suspected histories of being trafficked found that 75% had been in juvenile detention at least once; the average number of episodes in detention was 9.2.22 Sometimes, detentions are a consequence of an arrest for prostitution; other times, factors such as poverty, mental health issues, substance abuse, and homelessness make young people more vulnerable to arrest. Youth who are arrested may in turn be exposed to adult criminals who abuse them, amplifying their trauma.23 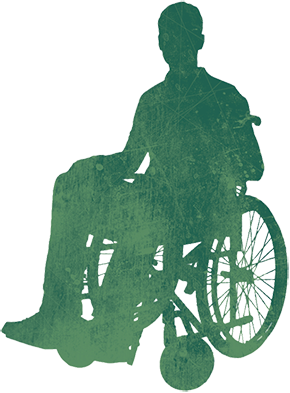 Students who drop out of school | Dropping out of school is both a risk factor for trafficking and a consequence of it. Juveniles and adults who become involved in the commercial sex trade are more likely than their peers to have a history of interrupted school activity, including school dropout.24 A 2018 study of homeless youth found that those who had been trafficked for sex were 72% more likely to have dropped out of school than homeless youth who had not been trafficked, leading researchers to conclude that graduating from high school is a protective factor for youth.25

LGBTQ youth | Lesbian, gay, bisexual, transgender, and queer youth experience high rates of bullying, assault, and sexual abuse. Up to 40% of homeless youth identify as LGBTQ, and LGBTQ youth are up to seven times more likely to experience acts of sexual violence.27 LGBTQ youth who are forced out of their homes by unaccepting families or communities are at high risk of violence, and can be easy prey for pimps or acquaintances who offer help in exchange for sex. Sometimes, the structure of such relationships is quasi-familial, where youth report being coerced into commercial sex by a seemingly caring “house parent.”28 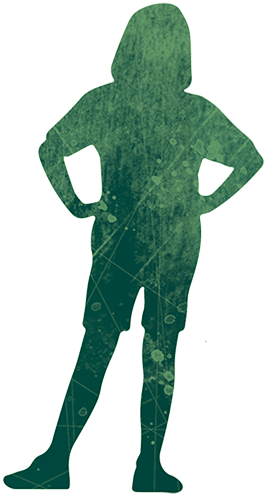 Unaccompanied migrant youth | Minor refugees or immigrants who are in the United States without their parents have often experienced significant loss and turmoil before and during their journey to the United States and may face more in the months after they arrive. Even short-term separation between parents and children can increase the likelihood of conflict when families are reunified. In the meantime, teens who are placed with nonfamily sponsors or caregivers are at risk for abuse, homelessness, and trafficking.29 Ironically, migrant youth coming to the United States may be forced by the journey itself into labor trafficking because they may have to pay off the debt they or family members incurred to get to the United States.30

Migrant and seasonal workers | Children and teens traveling with or without their families as part of seasonal agricultural work crews are easy to exploit. These young people may be U.S. citizens, legal permanent residents, undocumented immigrants, or citizens of other countries working under temporary work visas. Whatever their situation, they tend to travel from place to place and work in relative isolation, sometimes for crew leaders willing to ignore child labor and education laws.31